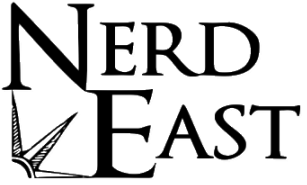 Here's a quick update for you all.

Bruce the Dalek and pals will be making an appearance at NERD East .

The event will take place from 10am on Saturday 11 June, at Durham Students' Union, New Elvet, Durham, DH1 3AN.

We're hoping to meet a few new friends amoungst Live Action Roleplayers down there and we'll be one of the guest speakers doing a small talk on how to build a Dalek.

We'll have a charity bucket there if you want to donate some spare change to our various charities.

Following that, Bruce will be at the North East Aircraft Museum on Fathers day 19th June for their scifi weekend with George the Dalek who'll be bringing along his Tardis. At some point we'll be battling the local Rebel Legion who plan to be invading from the Star Wars universe.

In July, Bruce, Mack and our new friend Dalek Nation will be paying a visit to Who-Ray to celebrate their 1st Anniversary. We'll be rubbing shoulders with classic and more recent Doctor Who director Graeme Harper.

We'll also be finishing July with our return visit to Woodhorn on the 24th July.